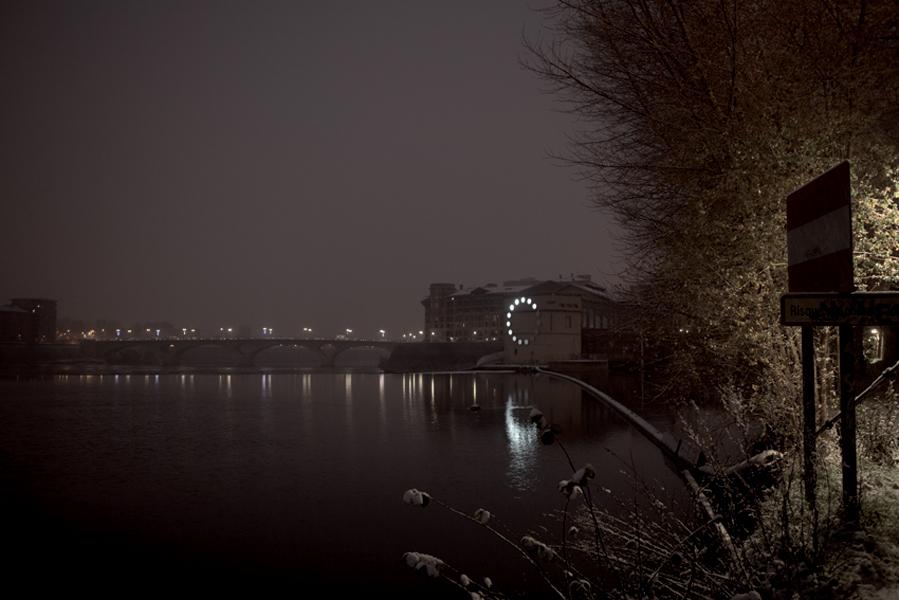 
the project moves from the virtual to the real by means of luminous round signs on the wall of an ancient mill, transformed into an hydroelectric plant in 1888 to supply electricity to the streetlights of the city of toulouse. located on the bank of the river garonne, the installation took place during a period of rebuilding work inside the building owned by edf ( électricité de france ).
the medium takes the form of a spinning wheel made out of light, commonly seen on the internet with different shapes when data are being downloaded, when a task is in progress before a new image or webpage appears upon the computer screen ...
more keenly than its internet counterpart such as progress bars and other indicators, it introduces a resolutely cyclical shape. thus the symbol becomes connected to a universal archetype that by its location on that specific hydroelectric plant, at that specific period of time, allows for a multiplicity of interpretations and for polysemic impacts.
as opposed to being a self-centered projection of the artist’s ego by means of parading luminosity, the visual concept matches the scale of the site, no more, and aspires to balanced dynamic and energetic frugality in action.
optic trap, retinal impregnation … i hope so … with restrained ostentation.
the successive revolutions alternate at different paces and intensities.
from time to time, those arbitrary trances loaded randomly is disturbed by other random subprograms that will create ‘crackles’… soon metabolized by the main rotational motion.
the ‘prophylactic’ installation will be fed by renewable means ( aquae garumnae aka river garonne ), creates energetic overcompensation ( by extinguishing the permanente illumination of the bridge pillars in the field of vision ) and will implicate different institutional and non-institutional actors into the project ( which is a part of the project ).
less is more.
so, using technical and historical pragmatic reversals, the work of art will be less luminous but more visible in the same time. rollin’ will only use 500 w per hour while saving 5 kw per hour.
fleeting piece of unsustainable art, fated to vanish and give way, rollin’ will attempt to lowlight the environmental shambles and to display a paradoxical micro-input acting as a local warning. 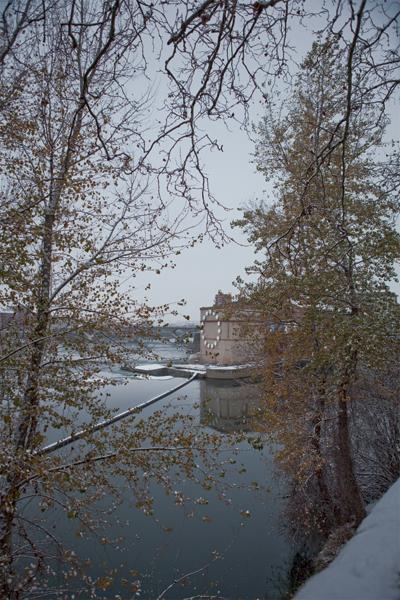