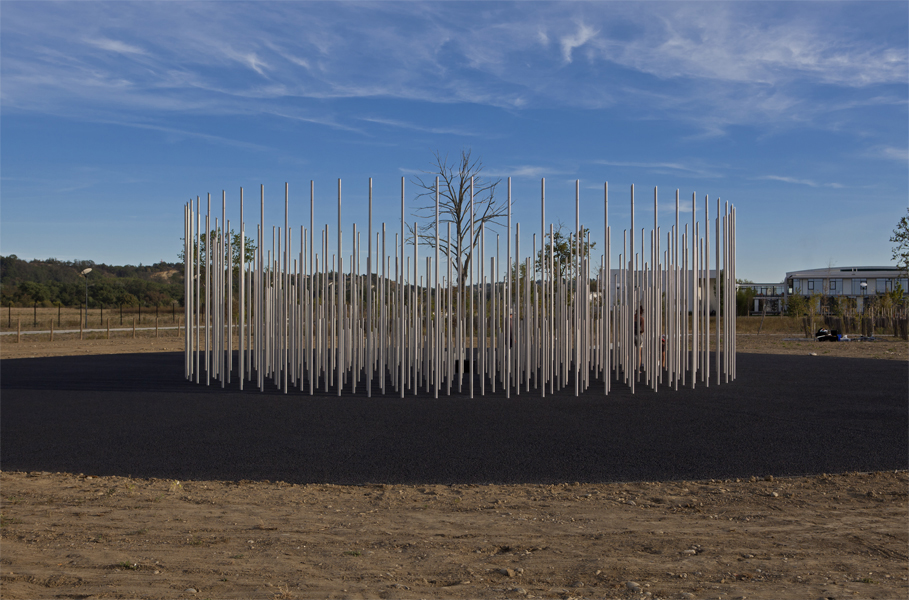 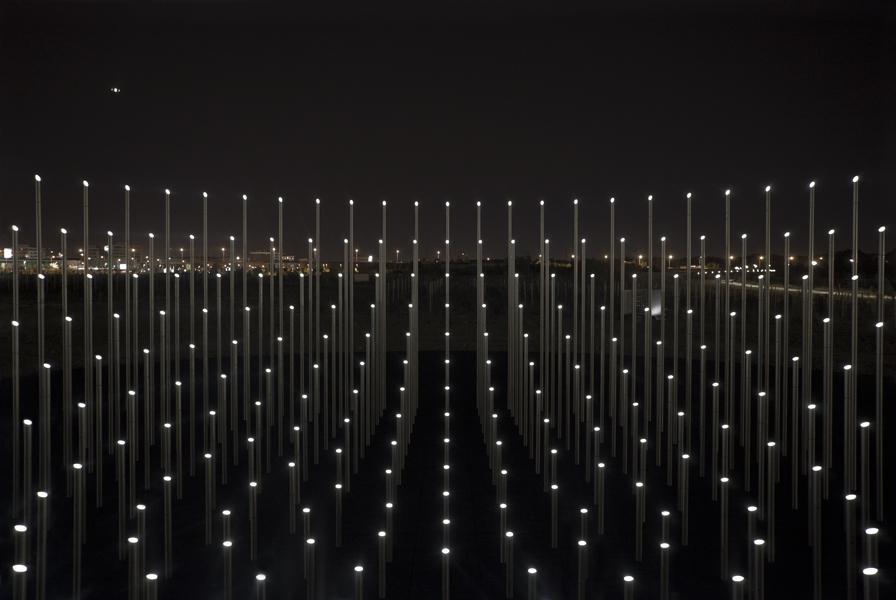 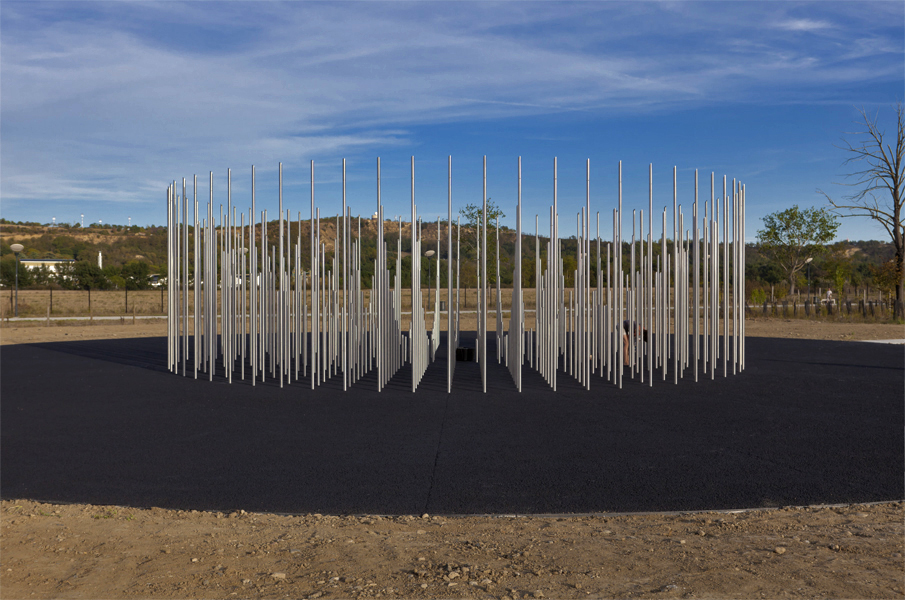 azf was a phytosanytary factory in a close suburb of toulouse. one of the storage hangar exploded in september 2001, 10 days after the terrotist attack on the world trade center in new york.
after a long trial, the explosion was determined as an industrial castastrophy caused by a chain of neglicences. the memorial was commissioned by the city of toulouse in 2011 to commemorate the deaths of the 31 victims.
this ‘penetrable’ piece provides an environnement into the environnement.
it creates a moiré effet when moving from distance such as in soto's or other's op-art artists' pieces.
the diameter of the circles of poles correspond to the size of the first fertilizer granulation tower built on site in the 30's.
those circles also refer to the propagation of the explosion and to the scraper blade of that former tower.
the hyperbole formed the poles refers the crater left by the explosion on site.
during day-time, the piece produces generative sound.
at night, it diplays generative light programming using only two colors, white and red, in reference to the main granulation tower that was the symbol of the factory for the people of toulouse. 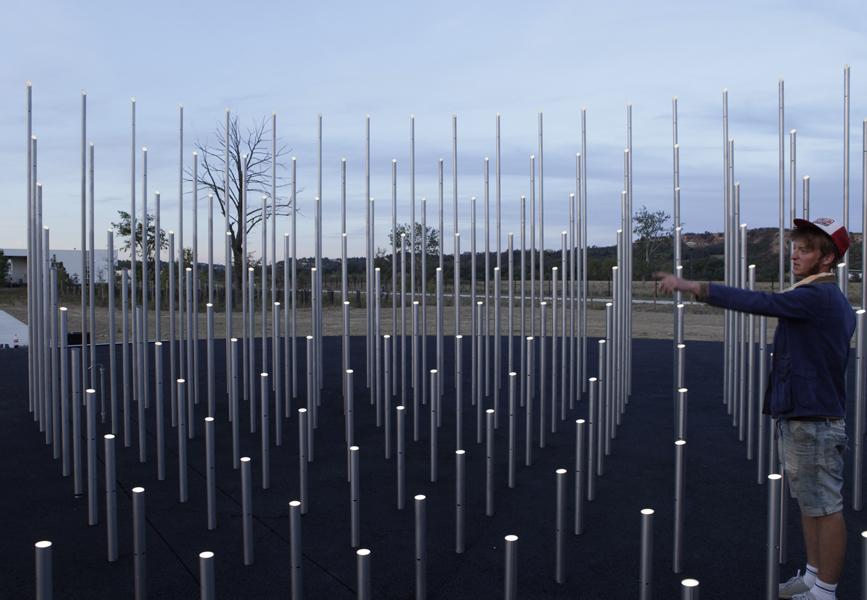