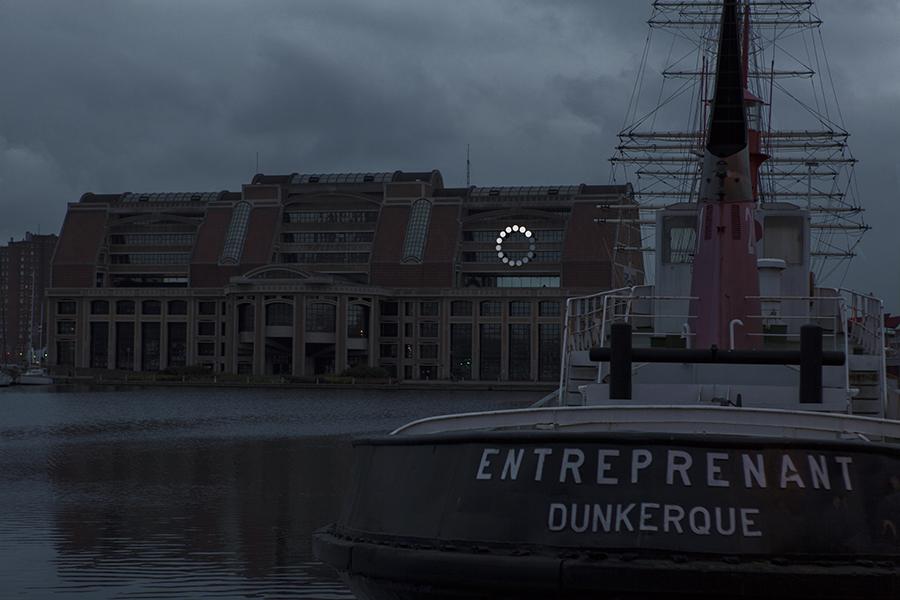 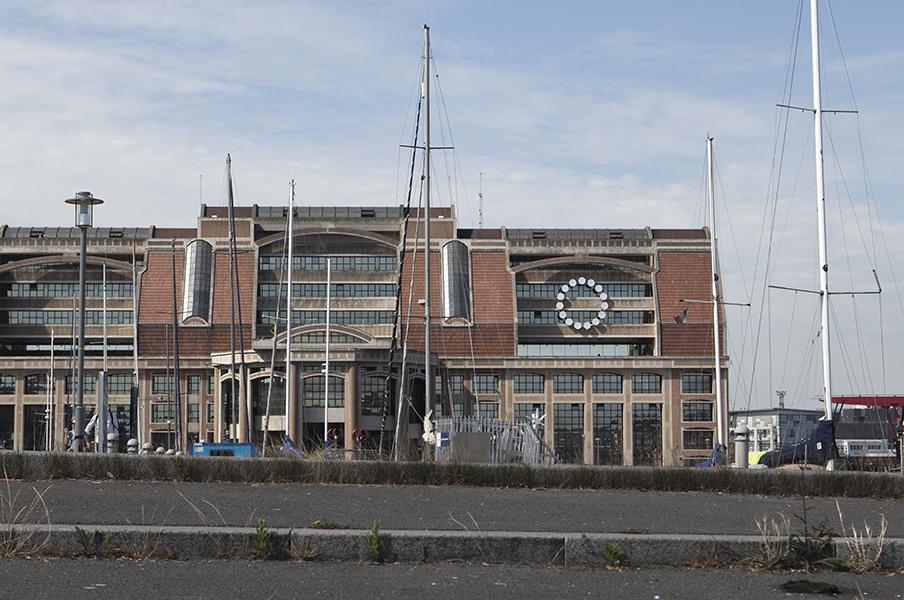 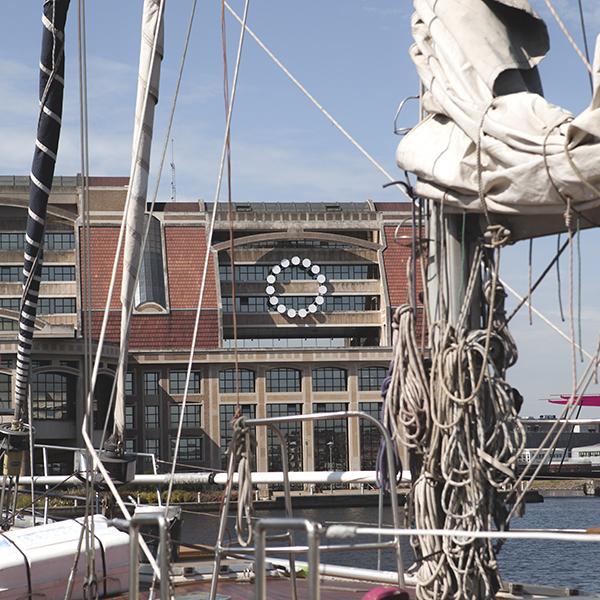 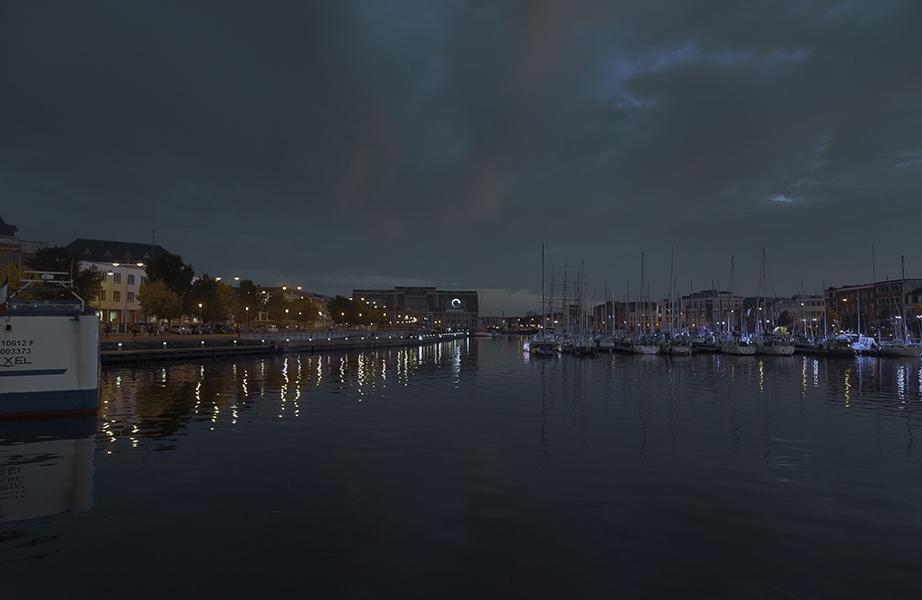 rollin’ was selected to participate in the fisrt edition gigantisme and was displayed on a public building in the center of the city.
The sponsor was once again a local entity of EDF ( Gravelines nuclear power station nickemaned the giant ) as i specified i would not accept ‘‘carbon’’ companies partnerships.
As since the creation of the piece ( during the beginning of 15th COP in Copenhagan in 2013 ), the reality of global warming and 6th mass extinction are each day more and more worrying, so the piece was renamed and the average speed   ( semi-random shitfting speed of the rotations ) was increased to express the urgency at stake while time passing by.